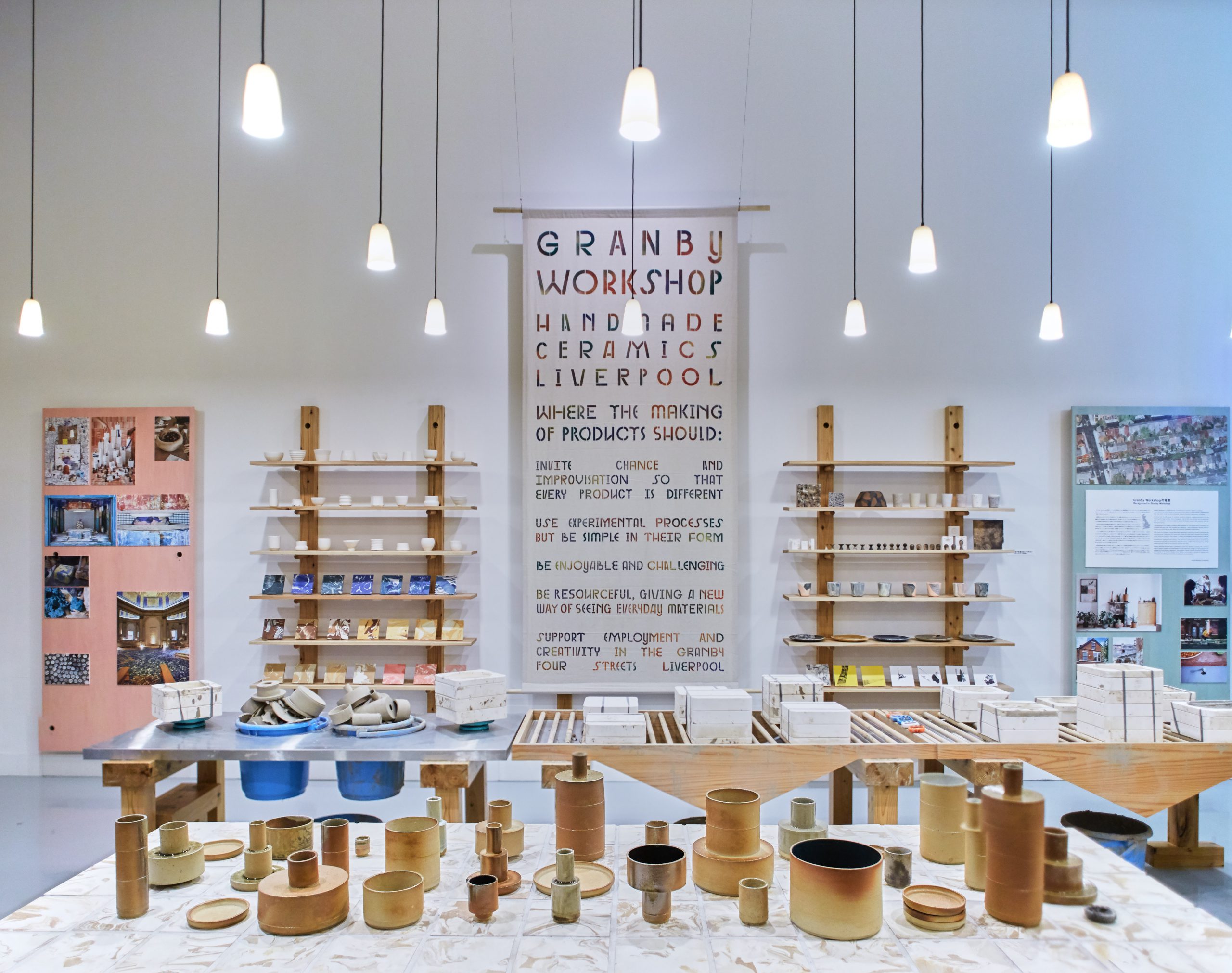 The Rules of Production was an exhibition at the Shiseido Gallery, Tokyo. The gallery was transformed into a working ceramics studio, bringing Granby Workshop to Tokyo and using the space to develop and produce a new range of ceramic tableware.

For the first fortnight of the exhibition, a team from the Workshop produced work in the gallery, creating an open production environment where visitors could engage with, and learn about, the process of working with clay.

Pieces were made through slip casting, where liquid clay is poured into plaster moulds. It is a process which is almost identical at both ends of the production spectrum – whether items are being produced en mass in a factory or at a small scale by an individual craftsman. We adapted the process to use a system of interchangeable mould parts we developed to allow for almost infinite combinations – creating a variety of shapes, sizes and proportions. These ranged from small vessels with lids, to cups, to pots and storage containers.

We worked with the Japanese potter Minoru Suzuki to transport the pieces to Mashiko and fire them in his traditional wood-fired climbing kiln. We continuously stoked the fire with wood for 48 hours straight, to bring it to a top temperature of 1300c. The wood firing created a huge range of different surface effects on the pieces – depending on their position in the kiln and how the fly ash created from the firing interacted with the clay and glaze.

The finished pieces were put back on display in the workshop gallery alongside a film documenting their production. The designs developed throughout production will be continued back at Granby, forming the basis of a new product range.